Former Mill in a Medieval Borgo

Only 2 km from Montaione, we offer for sale a beautiful property, which in the past was an old mill, part of a village of medieval origin.

The historic centre of Montaione is considered one of the most beautiful villages in Italy.
History tells us that the territory of Montaione has been inhabited since ancient times, as evidenced by archaeological finds dating back to the Etruscan-Roman period.
The ancient village of Montaione is gathered on the top of a hill at 342 metres above sea level. From here, a north-facing garden terrace affords a sweeping view over Valdelsa and Valdarno, as well as embracing the mountains of the Tuscan Apennines. Montaione became a castle in the decades between the 12th and 13th centuries. It had an oval shape, was protected by a strong city wall reinforced by 11 towers, and was accessible through two main gates, the Porta Fiorentina, also known as ‘porta grande’, and the Porta Pisana, known as ‘porta piccina’. The urban fabric was based on buildings arranged in rows according to a scheme consisting of three parallel streets, connected by very narrow alleys, and dominated by the central square.

The property we offer for sale consists of two adjacent buildings and a former barn for a total of 458 sqm:

– The former barn, 108 sqm, is on two levels and consists of a kitchen, living room, bathroom and two bedrooms.

– The main building, 350 sqm, is composed of two independent flats that have been perfectly restored maintaining the Tuscan architectural style, with beamed ceilings and terracotta floors.

The larger apartment has a spacious kitchen on the ground floor, two storage rooms and a laundry area. On the first floor there are 4 bedrooms and a bathroom. On the second floor there is a further double bedroom with bathroom and wardrobe space.

The smaller apartment consists of a living room, kitchen, a bedroom and a bathroom.

This beautiful estate is surrounded by about 16,500 sqm of arable land with olive and fruit trees.

The property is completed by a beautiful 10×5 mt swimming pool.

To reach the property it is necessary to drive along a dirt road, not suitable for sports cars. 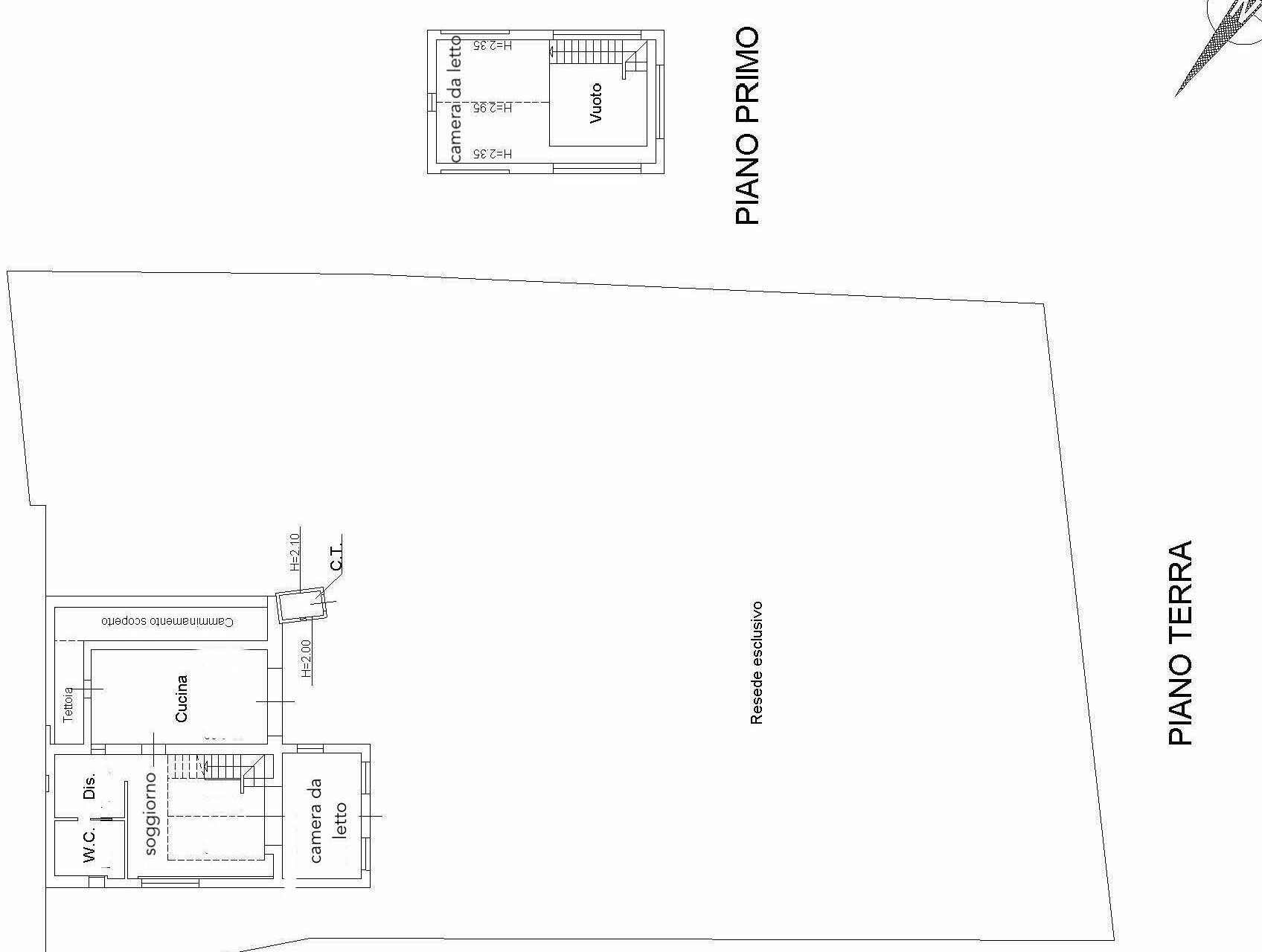 Didn’t find what you were looking for?